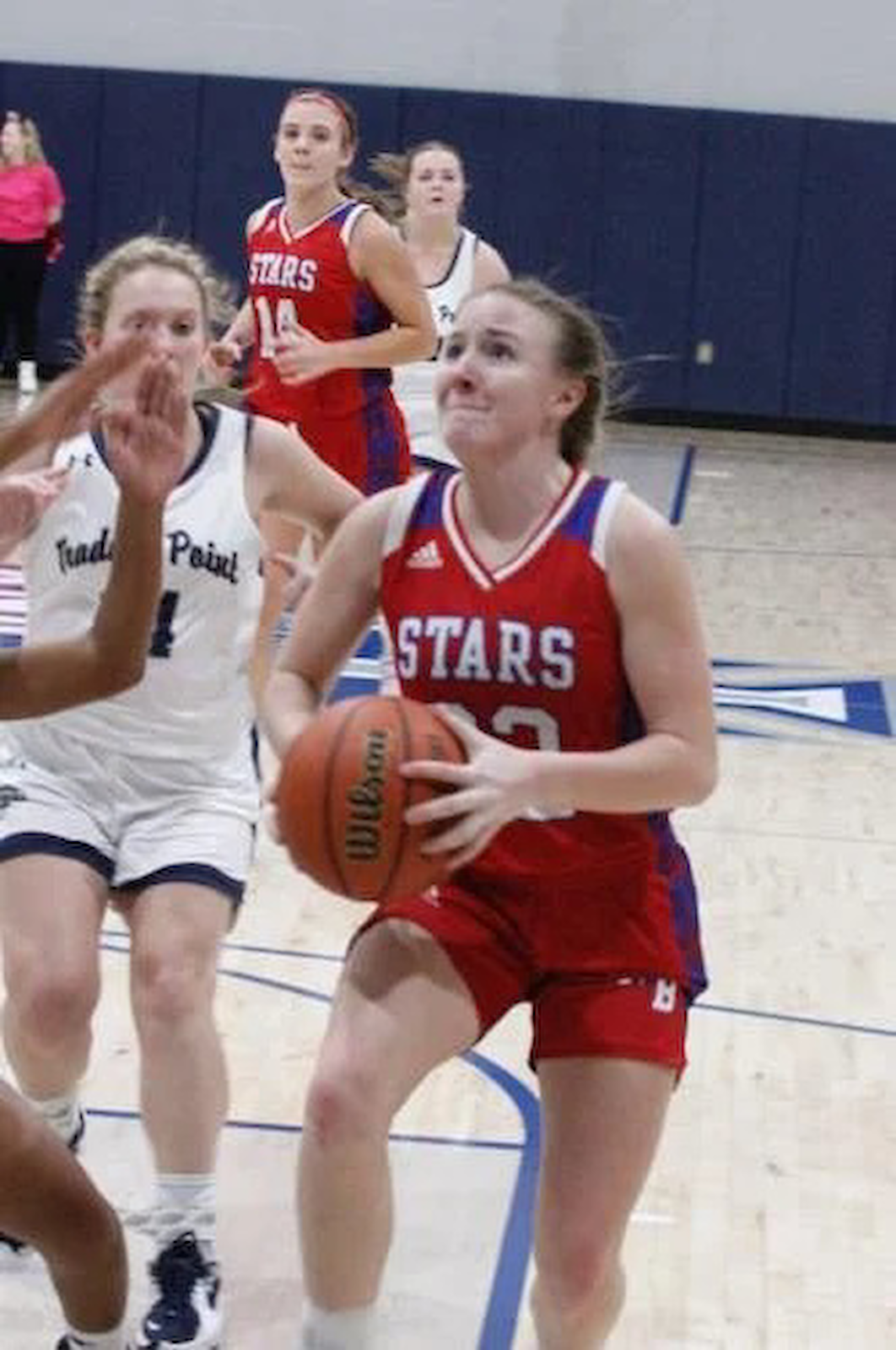 The Lady Stars competed against the Traders Point Christian Knights on Tuesday, coming away with a 60-14 victory. The Stars started off the game a little slow, struggling to hit shots and get an offense going. As the second quarter progressed, the Lady Stars picked up the intensity, going into halftime up 29-7. In the second half, the Stars played great team basketball and a lot of players stepped up and contributed in various ways. The Lady Stars were led in scoring by Katheryn Rutherford with 15 points, followed by Ki'erra Koch with 11 points. Emmy Roys added 8 points for the Stars, and Saige Terwiske and Emmerson Gott each added 6 points. The Lady Stars are back in action on Friday as they take on conference rival North Montgomery. Go Stars!