Lady Stars improve to 6-1 with win over Blackhawks 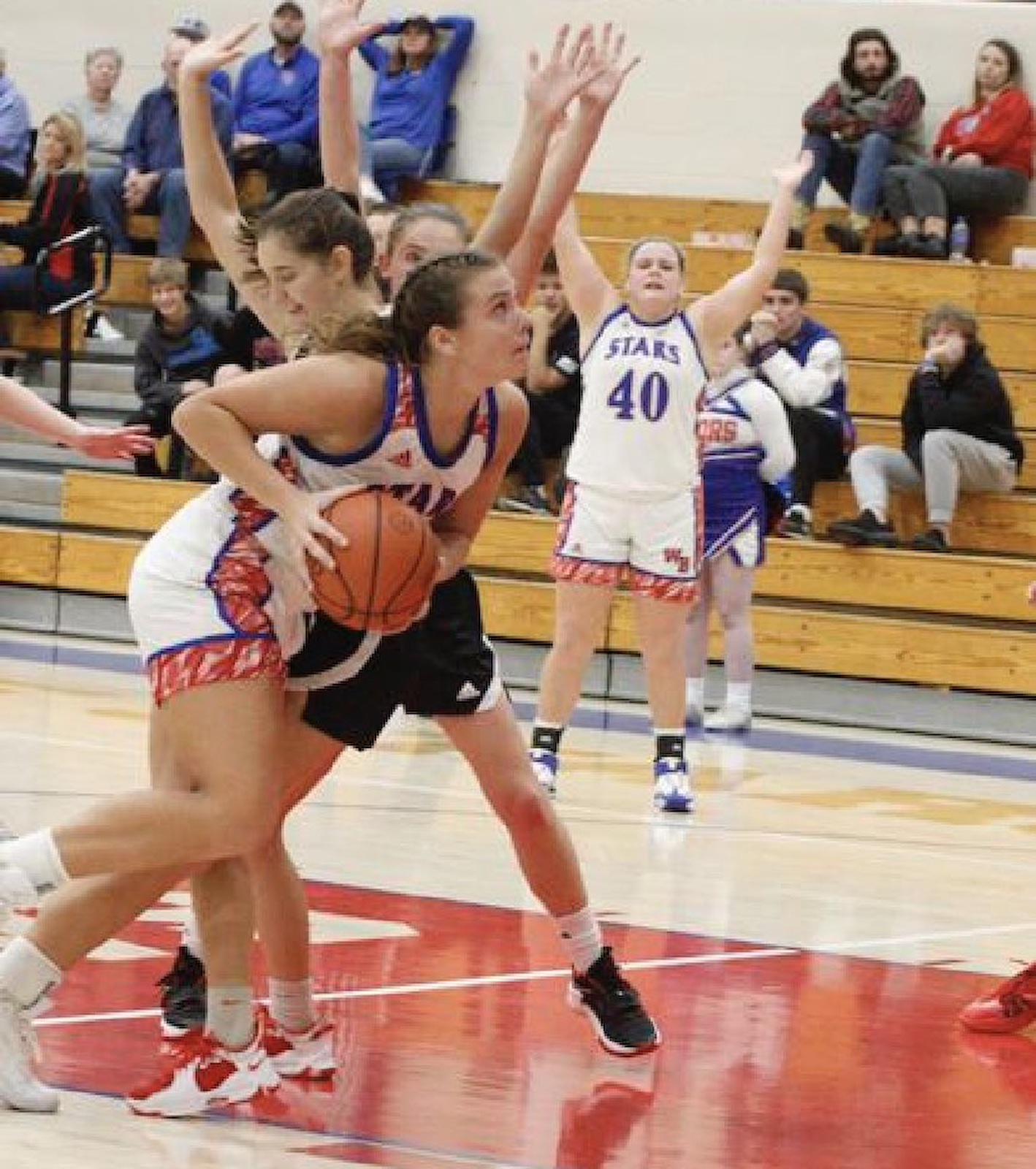 The Lady Stars matched up against the Sheridan Blackhawks on Tuesday night, coming away with a 46-44 victory. The Stars started out slow, struggling to get any offensive movement or good looks at the basket. The team turned it around quickly in the second quarter, picking up their intensity on both ends of the court and going into halftime up by one. The Lady Stars continued to play solid defense throughout the second half and picked up their offensive aggressiveness as the game progressed. Despite multiple lead changes throughout the game, the Stars persevered and never gave up. A lot of players contributed in various ways for the Lady Stars, leading to the great team win. The Stars were led in scoring by Emmy Roys with 16 points, followed by Carlie Pennington with 15 points. Ki'erra Koch and Katheryn Rutherford also stepped up big for the team, playing aggressive defense the entire game. The Lady Stars are back in action next Tuesday at home as they take on the Cascade Cadets. Go Stars!