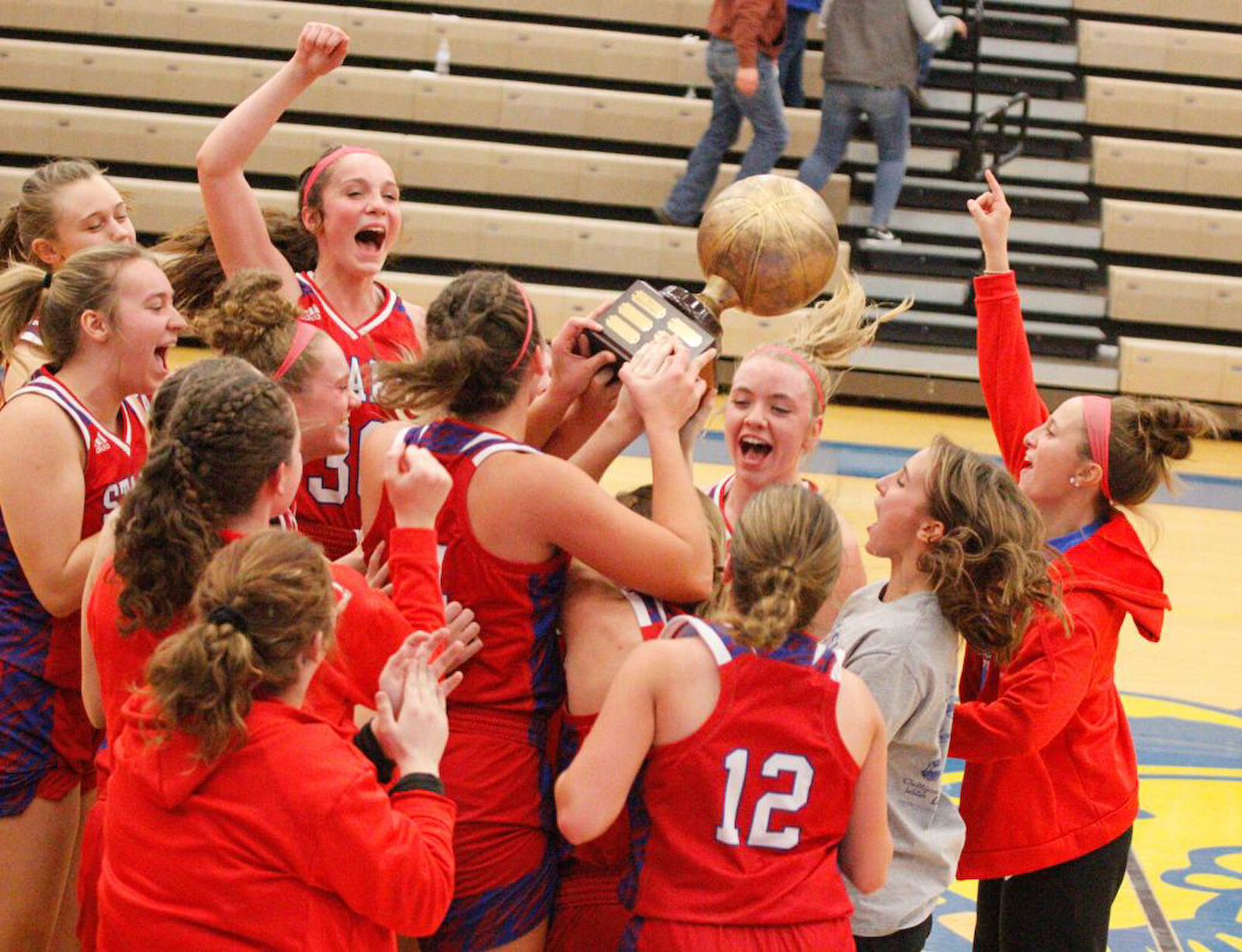 Game 1: The Lady Stars matched up against the North Montgomery Chargers in the first round of the Sugar Creek Classic, coming away with a 41-21 victory. The Stars came out strong with very aggressive defense, holding the Chargers to only 6 points in the first half. The defensive pressure continued into the second half, holding North Montgomery to only 6 points in the third quarter. The Lady Stars picked up their offensive intensity in the second half, scoring 16 points in the fourth quarter. The Stars were led in scoring by Carlie Pennington with 11 points, followed by Lili Jones with 9 points. Game 2: The Lady Stars battled the Southmont Mounties in the championship game of the Sugar Creek Classic, coming away with a 36-21 victory. The Stars started the game with great defensive intensity, slowing the Mounties offense and holding them to only 7 points going into halftime. The Stars were patient on offense and moved the basketball around well, contributing to the great team win. The Lady Stars maintained their composure throughout the game, playing smartly and consistently on both ends of the court. The Stars were led in scoring by Emmy Roys with 11 points, followed by Lili Jones and Carlie Pennington who each added 10. Congratulations to Carlie Pennington and Emmy Roys for being name to the Sugar Creek Classic All-Tourney Team and Lili Jones for being named the Sugar Creek Classic Tournament MVP! The Lady Stars are back in action on Tuesday at home as they take on the Sheridan Blackhawks. Go Stars! The JV Lady Stars travelled to South Montgomery Saturday morning for their Annual Sugar Creek Classic Tournament. The first game was against the Hotdogs from Frankfort, which Webo led going into halftime by a score of 18 to 13. Despite adding to the lead in the third quarter, the Stars struggled against heavy pressure in the fourth to finish with a loss of 41 to 42. After a short rest the team refocused on the Mounties from Southmont. The Stars came out shooting, dropping 4 three pointers and ending the first half up 23 to 12. The second half scoring came mostly inside the paint with good ball movement, opening up the middle, and solid defense, holding South to only 5 points and ending the game 39 to 17. It was a great effort by every member of this team that provided an opportunity to learn from mistakes and grow.