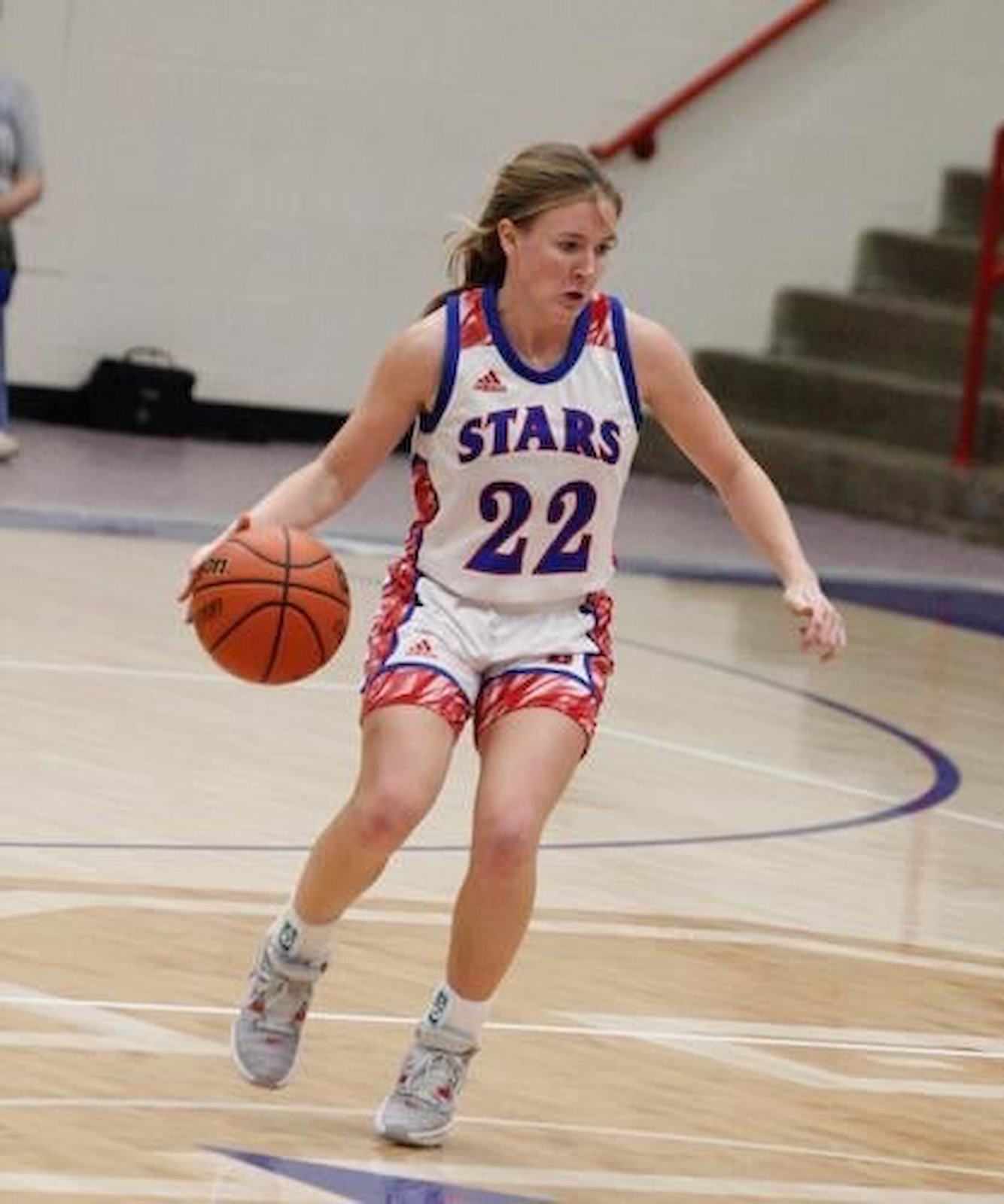 The Lady Stars traveled to Covington on Tuesday night, coming away with a 57-25 victory. The Stars came out strong in the first half, playing solid defense and executing on offense. The Lady Stars went into halftime up 27-10. The defensive intensity and smart offensive decisions carried into the second half, scoring 21 points in the third quarter. The Lady Stars played together and as a team, contributing to the great win. The Stars were led in scoring by Carlie Pennington with 16 points, followed by Ila Stokes with 11 points. Katheryn Rutherford finished the game with a double-double, adding 10 points and 10 rebounds for the Stars. Ki’erra Koch also stepped up, adding 9 points for the team. The Lady Stars are back in action on Friday against North Montgomery in the first round of the Sugar Creek Classic. The JV Lady Stars travelled to Covington Tuesday for another close game of basketball. The first quarter was back and forth with Webo up 7 to 6. The Stars started to pull away in the 2nd finishing the half 17 to 12. The Stars gave up a little ground in the third leading by three only to stall out offensively in the fourth, ending the game with their first loss of the season 30 to 36. Go Stars!