Stars air it out over Hotdogs 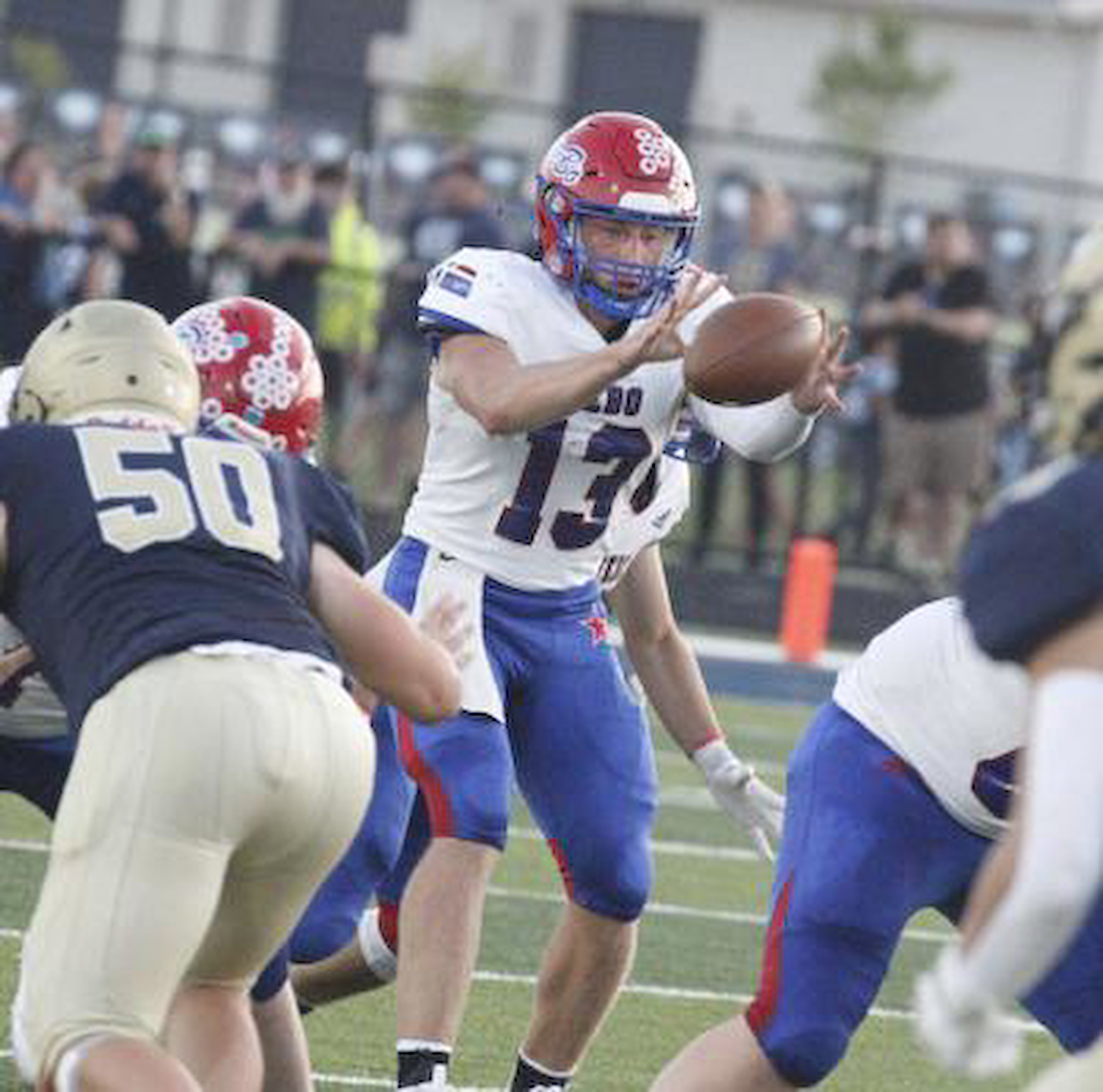 FRANKFORT - Western Boone was able to fix some things that had been hurting them this season. The Stars got a big passing game from Rowen Durbin, and got off to a fast start in route to a 56-6 win over Frankfort. "We wanted to start fast," Western Boone head coach Justin Pelley said. "We had been starting slow, but we scored on the second play with Rowen finding Ethan Bayles for a 59 yard score. Rowen had a big passing game and we needed to do that. We had to be able to come out and spread the ball around, and we did that tonight." Coming into the game, Western Boone had thrown for 408 yards in five games. But against the Hot Dogs on Friday night, Durbin connected on 9 of 13 passes for 364 yards and five scores, averaging nearly 40 yards a completion. "That's big for us," Pelley said. "There have been times we have been able to run the ball when everyone knows we are going to do it. And there have been other times when teams take that away from us, and when that happens, what are you going to do? Being able to build some confidence in the passing game is important because there will be a time down the road where we have to do it. And we were successful at it today. Rowen is a first-year QB and is getting better every day and the receivers are getting more confident." The biggest benefactor of Durbin's night was Bayles, who caught three long touchdown passes. Durbin added TDs to Ryan Taylor and Blake Miller, while Trevor Weakley and Mason Amich added scores on the ground. Bayles came into the game as the Stars' leading receiver and third-leading rusher, and now has six touchdowns on the season. "He is that shifty athlete," Pelley said of Bayles. "He is playing wing and corner and we have moved him around a little bit. He and Ryan Taylor are both very dynamic for us. Ryan is more of a physical, downhill player, but has improved his speed and Ethan has both as well. We are just trying to get the ball in our play makers hands, and those two guys are play makers. Along with Trevor Weakley, they are kind of a three-headed monster and team's have to pick their poison." It wasn't just the Stars' offense that had success on Friday. While the Hot Dogs have struggled record wise, they have found some success offensively, with three games scoring over 20 points. But the Hot Dogs couldn't get anything going against the Stars on Friday. WeBo had three interceptions on the night, with Reid Princell getting two and Brandon Potter another. "We got good pressure on him and we played the ball tonight," Pelley said. "We gave them the short 5-yard stuff, but didn't give up the big one over the top. It's kind of that bend but don't break philosophy." The Stars host Southmont for homecoming on Friday night. The Mounties are undefeated in the conference and are coming off a win over Danville. The Stars, Lebanon and Tri-West are all 3-1. "We have to keep being us," Pelley said. "This is a fun time to be in the conference. Southmont gets a big win over Danville, Lebanon gets one over Tri-West, and that puts everyone in the mix. Our goal is to win against Southmont, but you can kind of feel the buzz around the conference. It's neat to see different things happen and every one can beat every one. That makes it a lot of fun and it's been a while since that's happened."