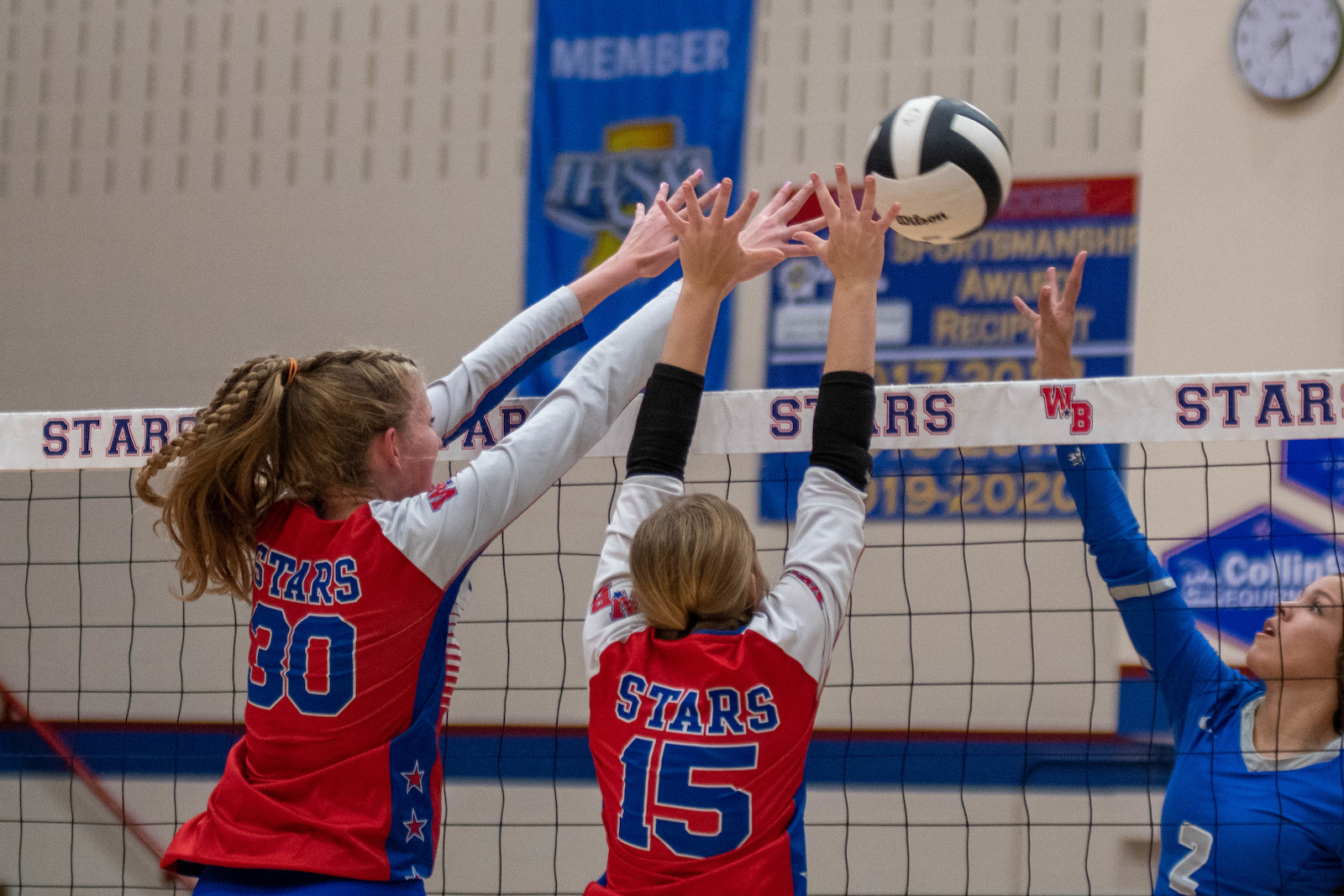 The Western Boone Volleyball defeated the Harrison Raiders Tuesday evening with a 3-set win. The Stars showed great strength and determination to keep control the entire match. It isn't easy playing on someone else's court and having the energy and momentum to keep the lead, but that's exactly what Western Boone did. The first set was 25-12 followed by 25-20 and 25-17. Top scorers for Western Boone were Raegan Durbin with 15 kills, Kennedy Kiger with 8 kills, and Alayna Christner with 6! Raegan Durbin had 4 serving aces while Elena Gubera and Kendal Ramey each had 3 aces. Saige Terwiske and Alayna Christner had 2 blocks each at the net. Elena Gubera ended the match with 12 digs from the Raiders hits. The Stars will host Lafayette Central Catholic Thursday evening at 6:30pm.