BURN THE SHIPS store is only open to THURSDAY. Each item is available in Blue & Black and are printed front and back. We will receive a % of the profit for each item sold, it all will go toward our State Championship Rings. Pickup: Evening of Dec. 22nd Follow the link below to order.

WEBO 6th defeated a scrappy Clinton Prairie team tonight 41 to 23.  WEBO matched the intensity on d themselves making every point the Gophers scored hard to earn.  Missing a couple key players , Evan Kiplinger and Alex velazquez stepped up big for the stars.  Owen Oakley scored a few key points while hauling in 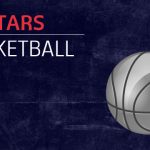 The Freshman Boys Team fell to Rossville last night by the score of 43-23. This takes their record to 0-2 on the season. The team had a slow start in the first quarter which they couldn’t overcome. They continued to get better every quarter on the defensive side and remained competitive throughout the last 3

The Western Boone Varsity Wrestling team opened their season on Saturday when they hosted dual meets with Southmont, North Montgomery, and Danville. Webo first battled the Mounties in a gritty dual in which the Stars won four of the seven matches wrestled, including a hard fought, come-from-behind victory by Captain Jaden Bailey.  Forfeits ultimately made the

The Freshman Boys Basketball Team lost their season/home opener to Tri-West last night by the score of 58-32. All players showed great effort and competed at a high-level throughout the contest. We will see even more improvements as we get more practices in and everyone eligible from Fall Sports. Bryce Kopriva had 9 points for

The Western Boone Boys 7th Grade B team vs. Sheridan’s 7th Grade A team (12/3/2020) The WEBO Stars 7th grade boys B team traveled to Sheridan to play the Blackhawks boys 7th grade A team on Thursday night. WEBO started out in full control of the game playing tough on defense and dominating the tempo

The 6th grade boys basketball team improved to 4 and 0 after defeating Clinton Central 50 to 20.  WEBO sprinted to a 40 to 7 lead before getting subs some quality time in the third quarter.  Trey Summers and Burke Cavins were monsters on the boards while Nate Thompson and Reese Young handled and distributed