In this edition of the Webo Alumni Spotlight we highlight Riggs Baxter. Riggs is currently a sophomore at Western Illinois University. Riggs has been excelling on the football field and in the classroom. This past season he was named a team captain in just his second year. He also received a 4.0 gpa this past semester. 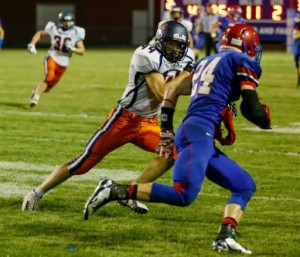 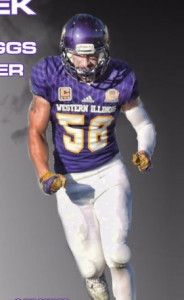 FRESHMAN (2015): Played in 12 games and started four of the final five games… 39 tackles (28 solos)… 3.0 tackles for a loss and one sack… recorded a tackle in his collegiate debut as a true-freshman vs Eastern Illinois… made four tackles at Illinois, including a shared one for a loss… solo tackle for loss at Coastal Carolina… two solo tackles versus Southern Illinois… assisted tackle against South Dakota… played at UNI… quarterback hurry against Youngstown State… made his first collegiate start at North Dakota State… recorded a career-high 13 tackles at NDSU… shared team-lead with eight tackles at Indiana State, including his first collegiate sack (10 yards)… finished the South Dakota State game with eight tackles… solo tackle and forced fumble at Dayton… played at Illinois State in the FCS Playoffs.

My plans for next year are finishing the spring semester of my sophomore year at Western Illinois University. In the summer I will be a Manufacturing Engineer Intern at Rolls-Royce in Indianapolis. It will then be time for the next Football season to kick off.

My fondest memory at Western Boone was coming out of the football locker room on Friday nights and taking the field with all our fans cheering, adrenaline pumping, and brothers by my side.

My greatest day at Webo wasn’t necessarily a specific day but rather a time period. I loved going into the weight room right after school and creating my workout with Coach Comer and then just getting after it. It was something I always looked forward to each day. 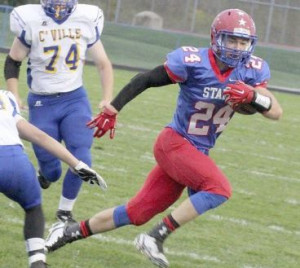 Lessons I learned at Webo: 1. Loyalty: Being loyal to your team and school with every action and decision that you come up with, will create an atmosphere that cannot be matched. 2. Being Respectful: Being respectful to everyone you meet will serve you well down the stretch because you never know who you will come across. (I shook two CEO’s hands and talked with them before practice and I didn’t even know it until after the coach introduced them at the end of practice.) 3. Be accountable for your actions: In the end of the day once you do something it cannot be erased, so own up to it and stand by it. 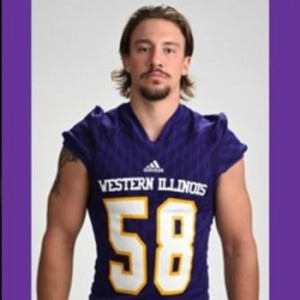 My advice for future stars is to go the extra mile. This for me was always being in the weight room and striving to better myself physically and mentally. But this can be seen in all aspects of school, home life, jobs, and relationships. Three things will always be there for you God, Family, and Friends.

If I had to only pick one coach that had an impact on me it would be Coach Comer. I spent countless hours working out with him and he poured countless hours into helping me maximize my potential. He truly knows what he is talking about and is by far the best weights coach I have been around or seen. But I want to thank all the teachers/staff and coaches/athletic director that worked with me at Webo because they gave me the tools to conquer anything that is thrown my way. 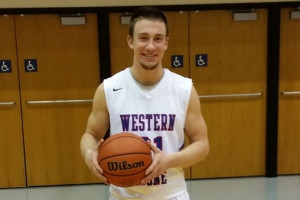