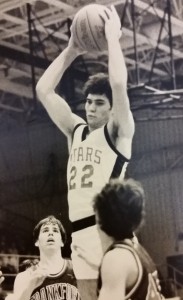 One of the most versatile athletes in Webo history, Brian holds school records in three different sports. In boys basketball he is the all-time career leader in points (1300) and rebounds (752). An outstanding golfer, he holds the record for lowest number of putts for nine holes: 10 in 1978. He is in the Top 10 all-time in career average at 43.1. On the gridiron he holds the all-time record for most passes caught in a game, 12 vs. Tri-West in 1979. He also held the record for most receiving yards in a game for almost 30 years. Brian earned 12 varsity letters while at Webo. He went on to Manchester College where he continued his basketball and golf careers. 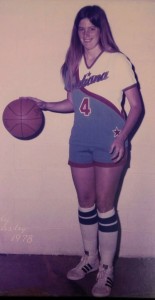 The first Star of Western Boone girls basketball, Cindy scored 1,060 career points leading newly formed, Western Boone High School, to their first two sectional championships in 1977 and 1978. She held the highest regular season scoring average of any player on the 1978 Indiana All-Star team after averaging 27.6 points her senior season. She was a three-time All-Sectional selection and was twice named All-Regional. Cindy played basketball at Indiana State University and was named the team’s 1982 MVP. She was a member of the Indiana Basketball Hall of Fame 2003 Silver Anniversary Team and a 2011 Inductee to the Indiana Basketball Hall of Fame. 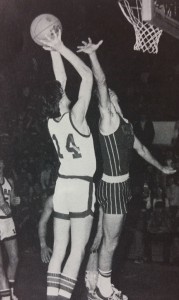 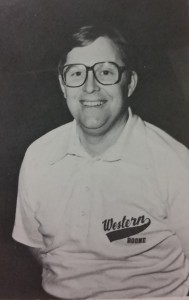 There would be no Western Boone Swimming without Larry Parker. As the first coach for the Stars, Coach Parker graced the deck for over 15 years. He boasted a record of 142-29-2 in boys swimming and 120-41 in girls swimming. His teams won nine Sectional titles and five Conference Championships. Over a four year period the girls won 60 consecutive dual meets. Nine different swimmers scored in state meets and one was a three time State Champion. During his 15 years as athletic director he was involved in two major renovations of athletic facilities. In 2003 the IHSAA presented him with the Charles F. Maas Distinguished Service Award for District 3. 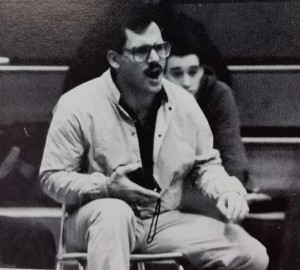 During his tenure Coach Overfield amassed over 200 dual meet victories and had 15 consecutive winning seasons. He led Webo to four Conference Championships and four sectional championships. In 1988 and 1989 the Stars won the regional title. Rick coached 24 Indiana All-State Wrestlers. A 2001 Inductee of the Indiana High School Wrestling Coaches Hall of Fame. He was a founding member of the Indiana State Wrestling Association. While at Webo he started the athletic training program as well as the elementary school physical education program. Coach Overfield was also an assistant football coach on the 1988 State Championship football team.