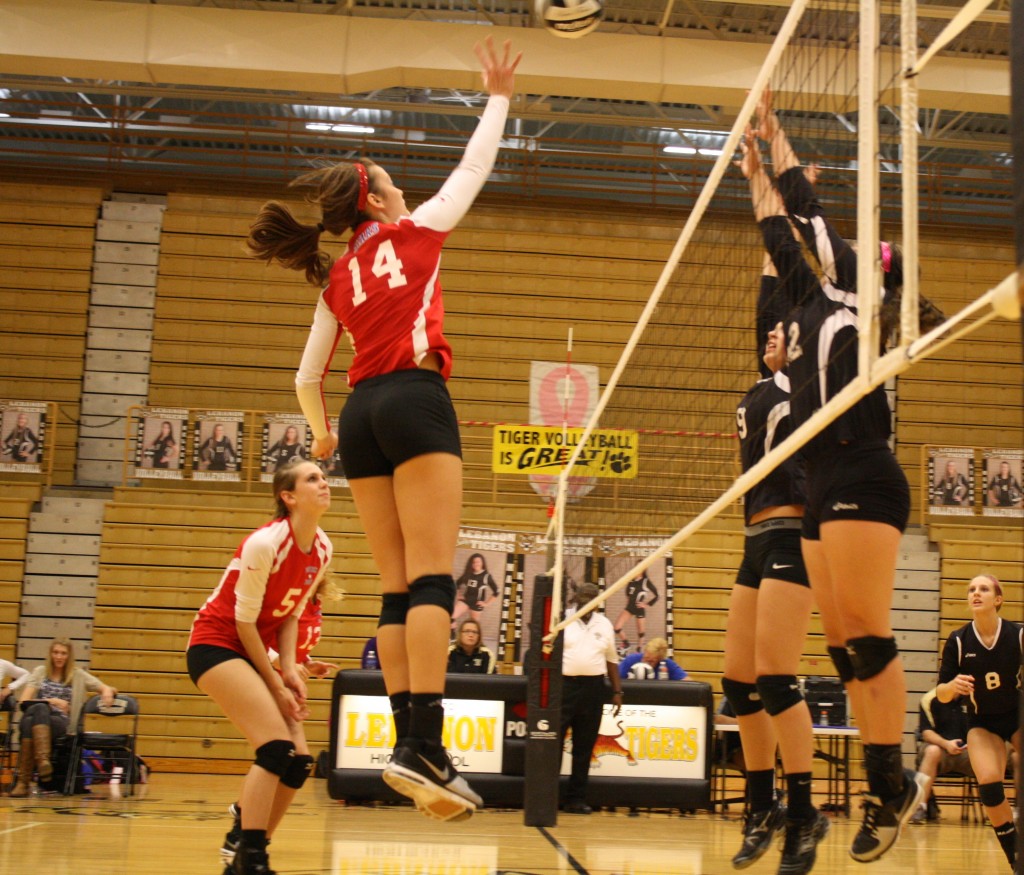 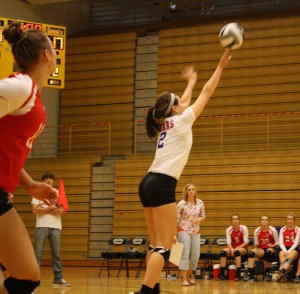 The Varsity Volleyball team traveled to Lebanon to face the Tigers in their last conference game of the season.  The Stars defeated the Tigers in three games 25-18, 25-17, 30-28.  Leading the way for the Varsity were Emily Harrison with 26 kills and 14 digs, Lauren Marsh with 10 kills and 10 digs, Casi Neff with 9 kills, Kaitlin Miller and Nicole Chance each with 10 digs, and Lydia Climer with 35 assists.  The win over Lebanon clinched the Sagamore Conference Championship for the team.  The Varsity never lost a set to any conference team all season!  Congrats girls!

The Varsity is now 26-4 on the season; 7-0 in SAG conference.  The Varsity and JV travel to Park Tudor Thursday for their last regular season game.

Sectionals begin next Thursday.  The Stars drew the bye and will play the winners of the Frankfort/Lebanon game at 1PM Saturday, October 26th. 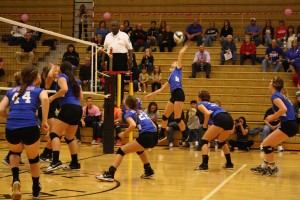 The JV also came out victorious Tuesday evening, beating the Tigers in two games 25-4, 25-11.  Leading the way for the JV were Claire Fuller with 7 kills and 3 digs, Alyssa Cummins with 4 kills, Callie Gubera with 3 kills, Kelsie Thacker with 4 digs, Madie Bright and Alissa Jahn each with 3 digs, and Lexie Raby with 12 assists and 3 aces.  The JV is now 24-3 on the season and also are undefeated in their Sagamore Conference action this season. 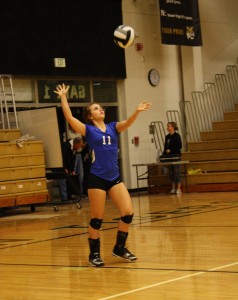