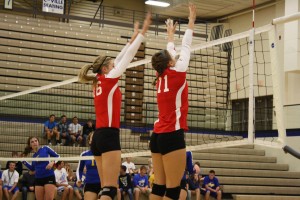 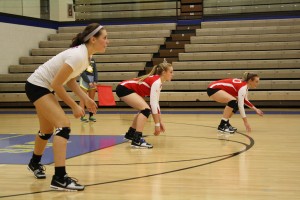 The Varsity Volleyball continued conference action Tuesday evening against Crawfordsville.
The Stars had a slow start, but came away victorious defeating the Athenians in three games 22-25, 10-25, 22-25.  Leading the way for the Stars were Emily Harrison with 21 kills and 10 digs, Lauren Marsh with 6 kills, BayLee Mitchell with 5 kills and 3 blocks, Casi Neff with 4 kills and 6 blocks, Jenna Chance with 3 blocks, Kaitlin MIller with 14 digs, an Lydia Climer with 39 assists.  The Stars are now 23-3 on the season; 4-0 in SAG conference.  The Varsity and JV will host the North Montgomery Chargers Thursday evening.  Come out and support your Stars!  (Don’t forget – Senior Night is next Tuesday!) 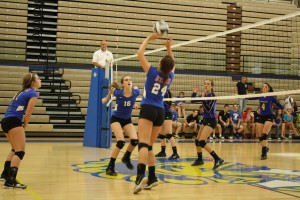 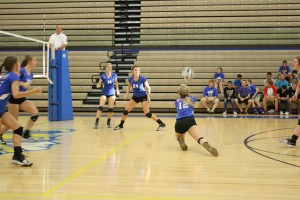 The JV Stars also defeated the Crawfordsvile Athenians.  The Stars won in two games 16-25, 17-25.  Leading the way were Claire Fuller with 13 kills, Callie Gubera with 3 kills, Lexie Raby with 21 assists and 5 digs, and Madie Bright, Emily Toney, and Kelsie Thacker each with 4 digs.  The JV is now 21-2 on the season; 3-0 in SAG conference.