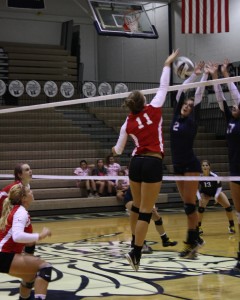 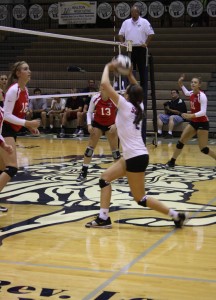 The Western Boone Varsity Volleyball team traveled to Lafayette Central Catholic Thursday evening.  The Stars defeated the Knights in three solid games 25-18, 25-16, 25-20.  Leading the way for the Stars were Emily Harrison with 11 kills and 13 digs, Casi Neff with 8 kills and 4 blocks, Lauren Marsh with 7 kills and 8 digs, BayLee Mitchell with 6 kills, Kaitlin Miller with 7 digs, and Lydia Climer with 35 assists and 5 digs.  The Stars are now 19-3 on the season; 3-0 in SAG conference.

The Varsity and JV host their WeBo Invitational this Saturday, September 28th starting at 9AM.  Come out and support your Stars! 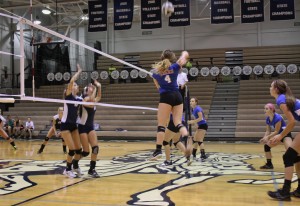 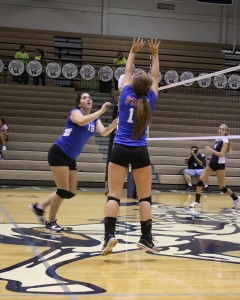 The JV Volleyball team defeated the Central Catholic Knights in two solid games as well 25-14, 25-18.  Leading the way for the JV were Claire Fuller with 7 kills and 5 digs, Callie Gubera with 6 kills, Alyssa Cummins with 3 kills, Jenna Chance with 2 kills, Kelsie Thacker with 9 digs, and Emily Toney with 27 assists and 8 digs.  The JV is now 17-2 on the season; 2-0 in SAG conference.  Great job ladies! 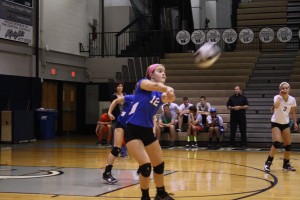