Garett Whiteley, who graduated from Western Boone in 1999 has just recently signed with the Ultimate Fighting Championship Organization. While at Webo he participated in Football, Wrestling, and Baseball all 4 years. His Senior year he was a Semi-state Qualifier in Wrestling.

He was also a member of the State Championship Runner up team his Junior Year and went to Semi-state in Football his Senior Year. After high school he went on to wrestle at the University of Indianapolis.

Later he served a one year tour of duty with the United States Army National Guard in Mosul, Iraq in 2006.

As a fighter he has a 7-0 record in sanctioned professional MMA bouts/fights. He is undefeated in all MMA contests (sanctioned or unsanctioned, amateur or professional). Info about that and upcoming fights can be found here:

Garett is the brother of Kyle Whiteley, our Director of Technology here at Webo. 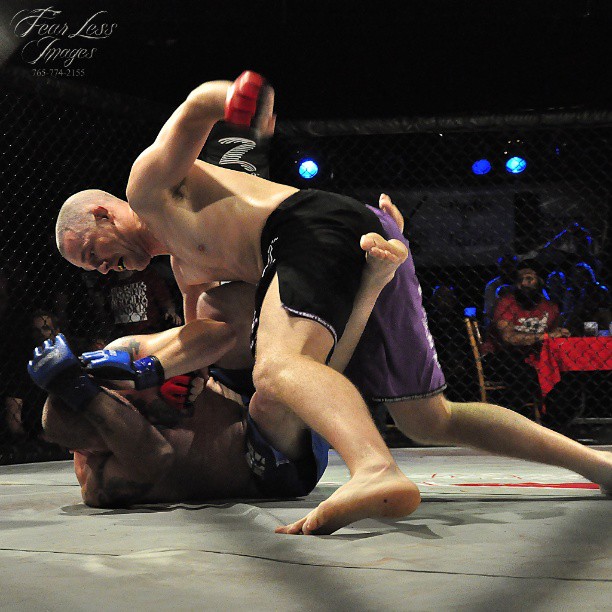