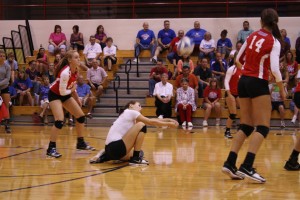 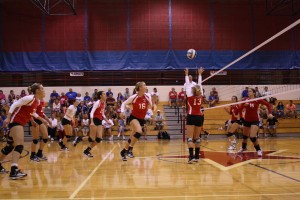 The Western Boone Stars hosted the Rossville Hornets Thursday night.  The Stars defeated the Hornets in three games 25-8, 25-15, 25-17.  Leading the way for Webo were Emily Harrison with 13 kills and 10 digs, Lauren Marsh with 9 kills and 4 aces, Casi Neff with 7 kills and 7 blocks, BayLee Mitchell with 8 blocks, Jenna Chance with 7 blocks, Kaitlin Miller with 11 digs, Nicole Chance with 7 digs, and Lydia Climer with 28 assists.  The Stars are 7-1 on the season; 1-0 in SAG conference.

After the holiday break the Stars host a big game against Brebeuf next Tuesday night, September 3rd.  Come out and support your Stars as they face one of the tougher teams in 3A! 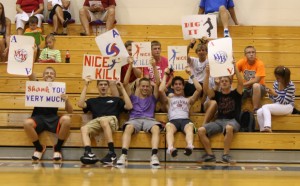